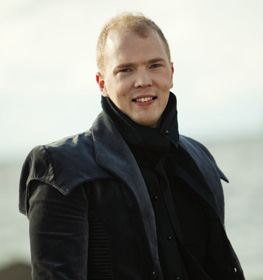 Gunars Upatnieks is a winner of numerous competitions – among them the 2008 International J.M. Sperger Competition. A native of Latvia, he studied in Riga with Sergejs Brinums and in Brno with Miloslav Jelinek. After several years as principal bass of the Latvian National Symphony Orchestra and a season as assistant principal bass of Bergen Philharmonic Orchestra, he joined the Berlin Philharmonic in 2011. He has performed as soloist with the Symphonieorchester des Bayerischen Rundfunks and the Nordic Symphony Orchestra among others. Teaching at the Hanns Eisler School of Music since 2015, he is also the founder and artistic director of Sensus Music Festival.