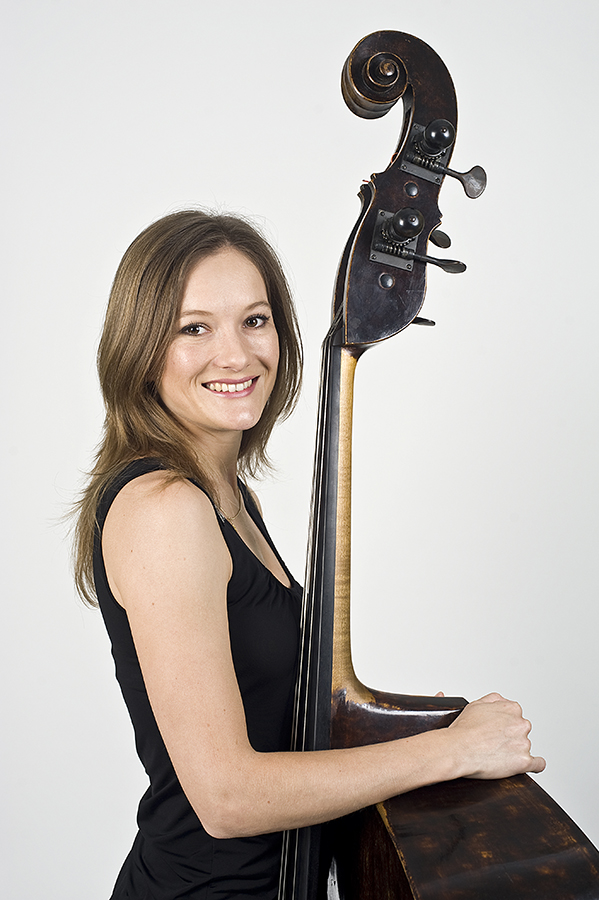 Born in South Africa. A child of German immigrants, she grew up speaking several languages. Bachelor of Music at the University of Stellenbosch. Master of Music and a postgraduate performance diploma with Christine Hoock at the Universität Mozarteum Salzburg. Assistant principal bass of the Algarve Orchestra, Portugal from 2006 to 2008, joining the Gulbenkian Orchestra of Lisbon in 2009. Contract as assistant principal bass of the Mozarteum Orchestra Salzburg in 2015. Collaboration with ensembles such as the Cappella Andrea Barca, led by Sir András Schiff, touring several countries of Europe, Asia and South America. Since 2016, presenter of the concert series for students and families of the Gulbenkian Orchestra, developer of pedagogic chamber music projects and member of the orchestra commission.