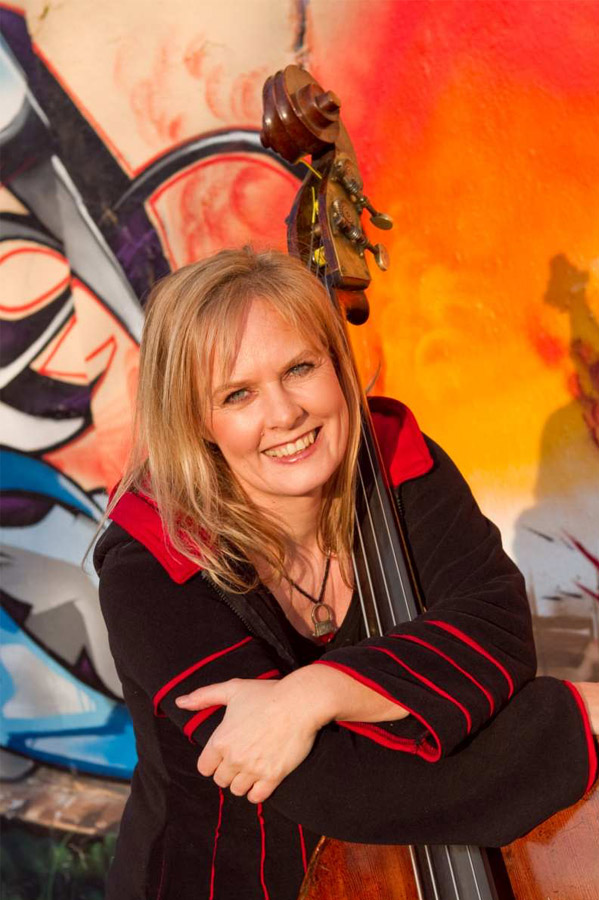 „Everyone decides intuitively on the instrument whose pitch and tone colour makes one ́s inner string vibrate...“

As a double bassist performing as a soloist and chamber musician, Christine Hoock enthrals audiences at home and abroad. Born in Mainz, she founded the Frankfurt Double Bass Quartet during her studies in Frankfurt and Geneva with Günter Klaus and Franco Petracchi respectively, receiving international acclaim. A versatile virtuoso, Christine Hoock can be heard in a great variety of constellations, from Classical and world music to jazz and electronic compositions. Her artistic partners include Benjamin Schmid, Maxim Rysanov, Alessandro Taverna, Quadro Nuevo and John Goldsby.

Christine travels around the world giving concerts and masterclasses. She appears regularly at the Schleswig Holstein Music Festival, at the Aurora Chamber Music Festival, the Lucerne and San Sebastian Festivals, at the Musik Triennale of Cologne, the Oficina de Musica de Curitiba, Brazil, at the Berlin Festival and the Salzburg Festival.

For many years she was principal double bassist of the West German Radio Symphony Orchestra of Cologne, while also collaborating with other leading German orchestras under the baton of Semyon Bychkov, Gary Certini, Pinchas Zuckerman, André Previn, Rudolf Barschai, among others.

Christine plays an English instrument dating from 1848 made by William Tarr.